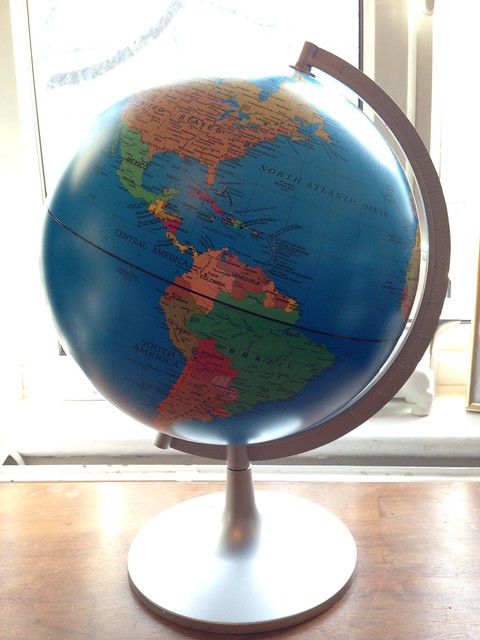 At last count I have five godchildren, plus assorted first cousins once removed (my cousin’s kids), the children of friends, and a few godchild siblings on my Christmas present list. It’s quite long, but I really enjoy choosing presents for them all.

As I travel so much, I thought it might be nice to buy a globe for several of my godchildren. I sometimes get calls or emails when I am literally on the other side of the world, so now they will be able to see where in the world I am at any given moment. I found this Hamley’s one online, which is a great price – they can be fearfully expensive, and have ordered a few. 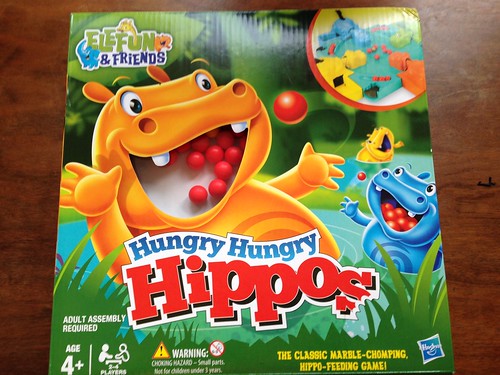 Last year I went game crazy, and bought Operation for several of the children. 2014 is the year of Hungry Hippos. (£14.99) 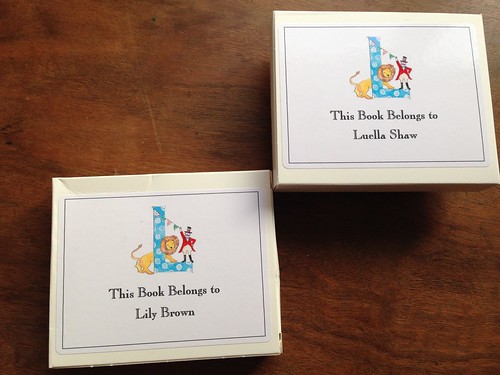 Several of my godchildren are avid readers, and so I have ordered personalised Ex Libris sticky labels with hand drawn illustrations  for their books from the lovely independent HoneyTree. (25 for £10.) I was amazed at how quickly my delivery came – they do an express delivery too, and there is still plenty of time before Christmas if you order now.

(My only criticism is that they split their children’s offer into boys and girls. 7 yr old Luella – who dressed as a zombie for Halloween – was not going to thank me for pink initials and butterflies. I ordered her and Lily the boy’s L – much more satisfactory.) 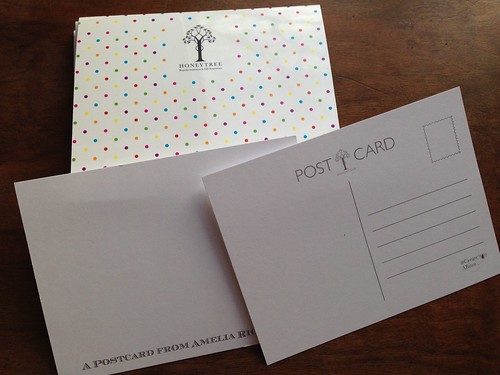 For one godchild who is very creative, I have ordered these fantastic A6 draw your own picture personalised post cards for thank you letters, which come in a pretty coloured polka dot folder (32 for £19. Also from Honeypot Press.) 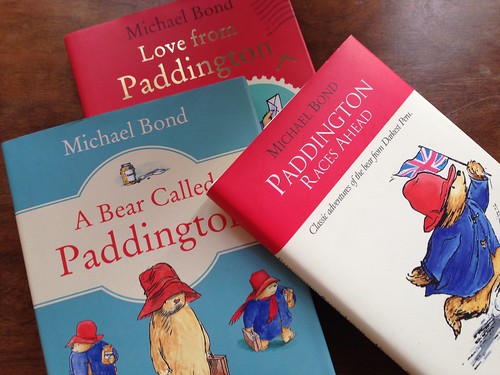 I bloody love Paddington Bear – I still have mine lurking in my mother’s attic. the 21st century version is a bit more cuddly. I was sent this one, along with a pot of marmalade by Selfridges, so I am re-gifting it to little Isabel, aged 2 who is godchild no 4, in Paris, along with the three books I have bought: A Bear Called Paddington, Love from Paddington, Paddington Races Ahead.  (About £8 each) These are the only three I could find in hardcover – I do think it’s nicer and easier for little hands to hold hardbacks. (Which was also Beatrix Potter’s reasoning behind her little books.) 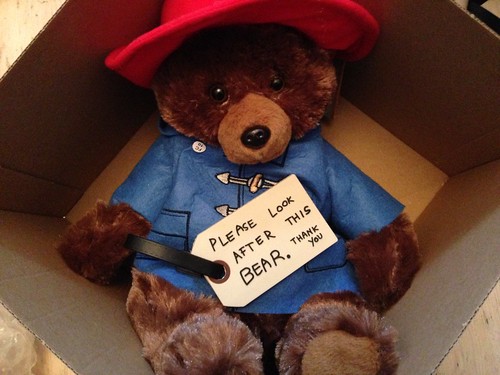 If you do want the paperbacks, then The Book People currently have a set of ten soft back Paddington picture books in a carrybag for a staggeringly bargainous £10), and a collection of thirteen paperbacks for £13.

EDIT: There is currently a very nice 20% off ALL books on BookPeople, until Midnight Friday, using the code ELF20
You could also use it to buy, hmm, my excellent cookbook FRIENDS FOOD FAMILY, which makes a lovely Christmas gift. It also has some great recipes for cooking with children – easy and simple to follow. 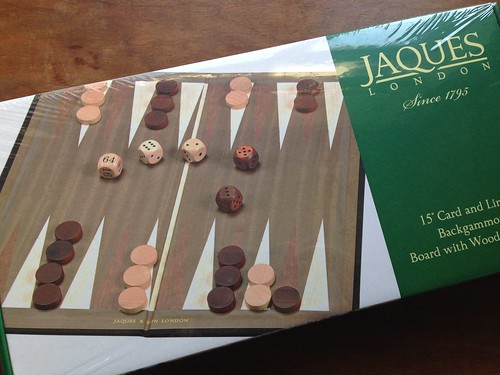 I have bought godson no.1 this beautiful 15″ backgammon board. He’s a junior UK Chess champion, and apparently loves backgammon, which he plays on his mother’s old board, so I have upgraded him to a Jaques version – they are the oldest manufacturer of games in the world, and have been responsible for inventing some of the most popular traditional English games, including Croquet, Table Tennis and the Staunton Chess set.

And for children who have no presents at all, do consider buying them one – or several – on Refuge’s Christmas Gift List, held online at John Lewis here. You’ll ned to enter the list number, which is 609505. (No password required)

A Week (or two) In LLG: The VERY Festive Edition

HOME: LIVING IN A NEW SPACE

Goodness, what a lot of godchildren to buy for! x

Sasha, you are a genius!

Have just ordered the bookplates with a penguin illustration for my 8 year old step-son, who is obsessed with penguins. Also going to order some for my adult goddaughter, but unable, as yet, to decide on the illustration. Or the font.

Think I might have to get some for my husband, too.

Also, possibly, for me…

and for me…I’m so pleased with these…it’s such a simple idea, yet so lovely LLGxx